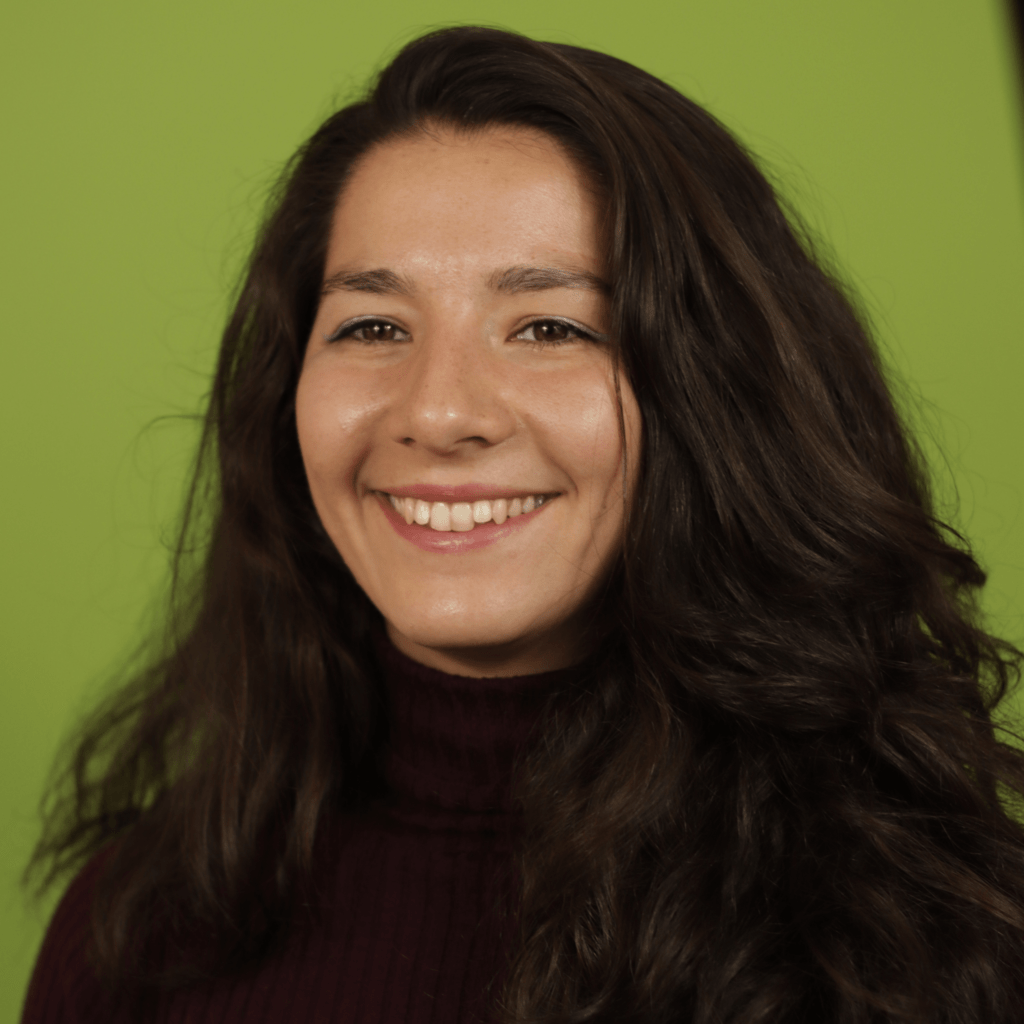 We are now in the final stage of the 2022 World Cup in Qatar, and the whole world is speaking about football. Fans from all over the world gather to watch how their favorite team will perform. They scream, analyze, enjoy and even cry during the games. But behind the emotion of the fans lies a whole new field of science that has developed in recent years.

In today’s fast-paced, high-intensity world of football, it’s no surprise that teams are looking for ways to gain an edge. Technology and sports are becoming more and more intertwined, and that is why big data & analytics are an integral part of the football industry.

Large amounts of information regarding player movement and performance are gathered through the use of wearable technology, high-definition video tracking software, and manual input. With the technology we have at our disposal, this information can be utilized to enhance both individual and team performance.

When did data analytics become part of Football?

The widespread use of advanced data in soccer may be a relatively recent development, but statistical analysis of the game has a long history. In fact, Charles Reep, a trained accountant, RAF Wing Commander, and sports enthusiast who invented notational analysis, conducted the first known experiment in the 1950s.

His passion for football made him the first performance analyst in professional football after observing how the data he was gathering was being applied to strategic planning and performance evaluation of teams.

Eight years later, Brazil’s team management used psychometric tests in preparation for the 1958 FIFA World Cup in Sweden. They were one of the earliest instances of data analytics being used to evaluate potential football performance. This method of investigation was still in its infancy at the time. Therefore, no scientific findings were ever guaranteed to be correct.

For instance, tests suggested that Pele, probably the greatest player in history, should be left off the Brazil team because he was deemed “infantile” and “lacking fighting spirit.” Fortunately, the team management chose Pele anyway, and he went on to net six goals throughout the competition, including two in the championship game when Brazil won the trophy.

Italians used data for their performance improvement in their early years too. After being established in the late 1980s, the Italian AC Milan “Mind Room” unit quickly gained notoriety for fusing cognitive training, neurology, and stress reduction therapy with player data. A streak of AC Milan championship and FIFA World Cup victories during the decade undoubtedly boosted its reputation. Some players acknowledged the unit’s contribution to their ability to transform “positive thinking” into a winning mentality under pressure.

The foundations of analytics in football were laid sixty years ago, but it wasn’t until the late 1990s that performance video and data analysis started to catch on in the sport. Systems to facilitate more thorough pre- and post-match analysis were pioneered by the company Prozone, with Derby County becoming the first club to use the technology in 1998.

Nowadays, some of the top names in sports video and data analysis are technology companies like Metrica Sports and Hawkeye Technologies. In the past, businesses might offer post-game analysis by editing recorded videos. However, real-time processing and analysis are increasingly considered to be the norm now.

Another reason why clubs use more and more video data analysis is that in the era of innovation and technology, video software is more affordable. Even smaller football clubs with less income can use video analysis tools on their teams in order to improve their performance.

Football has clearly benefited from the increased use of data and analytics in recent years. A solid proof of that statement is that the majority of clubs at the top level of European football adopted systematic data analysis methods and hired performance analysts.

Nowadays, digital cameras that track each player on the field are installed in every Premier League football stadium in the UK. Each of the 22 players on the field has ten data points collected per second, totaling 1.4 million data points per game. To help managers and performance analysts understand exactly what took place in each game, both on and off the ball, analysts will then code the data to identify every tackle, shot, or pass.

Liverpool using the power of data analytics and AI

We are dedicating a special paragraph to Liverpool because the team uses data analysis more than other top clubs when making decisions, both corporate and tactical.

On May 2022, Liverpool FC won the Carabao Cup final in a penalty shootout against Chelsea. This win was not achieved by luck but because of the great collaboration between a German neuroscience company, Neuro11, and the whole Liverpool team led by the great Juergen Klopp.

In 2021 Liverpool started to collaborate with this company that uses carious of analytics and Neuroscientific data-based training that prepares players for penalty shots and tactical gameplay.

The neuro11 team has developed a highly innovative and fact-based mental strength training method that can be seamlessly integrated into our existing training program.

And this latest addition to the club’s ongoing emphasis on data analytics and artificial intelligence is just another extension of the field of neuroscience.

In recent years Liverpool is a great example of achieving a competitive advantage by combining data analytics and AI with human expertise. We can clearly witness a significant upswing in both financial performance and athletic success.

Klopp is an amazing manager, but all the innovative methods in data analytics strategy come from the Head of Research at Liverpool FC, Ian Graham. He showed Klopp how innovative methods can bring the club to the highest levels of achievement. Klopp and Ian are a great team as they can perfectly combine the use of AI and data analytics with Klopp’s emotional intelligence and empathetic leadership style.

In order to measure their training performance and improve their preparation, players also wear GPS trackers, acceleration sensors, and heart rate monitors during training sessions. Although these tracking devices are not currently permitted in live games, they offer essential statistics for anything that occurs outside of the actual game. Even now, some teams are fusing information from tracking other facets of their players’ lives, like diet and sleep patterns, with analytics from training and game performance.

With the help of the newest technology, football teams are able to collect tons of data about their players, but raw data is not useful to anyone. Data processing is the process of taking raw data and turning it into information that can be used. An organization’s team of data scientists and data engineers typically performs it in a step-by-step manner. The unprocessed data is gathered, sorted, processed, examined, and stored before being presented in a readable format. Compared to the 90s, data processing is now completed more quickly thanks to the installation of edge servers. In the football world, coaches, physical trainers, and technical analysts receive the data in the form of comprehensive reports, which they use to determine the best possible strategies to utilize against tough opponents.

Future of Data Analytics in Football

The evolution of data analytics is just getting started. In a few years, what is currently “state of the art” will be the norm. However, we are a long way from having computers utilize algorithms to select the game system, sign players, and substitute players in and out. But that doesn’t mean that data analytics won’t continue to be used in football to improve players’ and teams’ performance.

AI, Machine Learning, and Big Data Analytics are terms that we are going to hear more and more in the football industry. Data Analytics is an essential part of any football club that wants to compete in top-level championships. As we said earlier, football teams are able to collect tons of data now, and AI-driven technologies can be a great asset in processing this data.

That way, even clubs at lower levels that can’t afford to hire specialized data scientists, could use the opportunity to deploy new AI technologies that help them analyze their data. With greater integration of video with AI data, systems are able to monitor and alert coaches of tactical and performance advantages. These advantages can be used in critical moments and lead teams to big achievements in the world of football.

It is not hard to notice that football is a booming business. With the popularity of the sport comes, of course, good income for teams and players. Nowadays, Football clubs are competing in many championships and are trying to ensure they stay at the top. They invest a lot of their income in ways to improve their teams’ performance, and this has cleared the road for data and football analytics to play their part in supporting success on and off the field. Much like its impact on other corporate sectors and industries.

And now is the time to answer the big question. Can football clubs benefit from using data analytics to improve their football performance? Well, if you read the article, you have your answer by now. Definitely yes! Data analytics is a powerful tool that can be used to improve football performance, no matter if a club is a top-level team or a small one fighting its way to the champions league. As we’ve seen, the use of data analytics can help teams make better decisions on the field, improve player development, and even increase fan engagement. Now, what does the future of football analytics hold? We can only follow the latest trends and enjoy our favorite teams giving their best on the field!